The Mission Editor allows players to create interactive missions similar to single-player scenarios of commercial games and to easily publish them to all players. These missions are mutators so can be designed for multiplayer and played cooperatively or competitively. 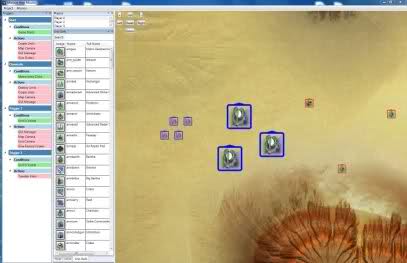 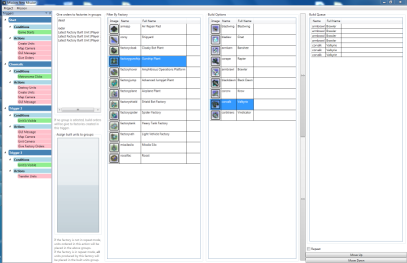 Most of the campaign missions are defined solely by the contents of Chobby/campaign/sample/planets. For example, planet1.lua contains a list of sides, commanders, units, objectives, and rewards. The file is processed into a startscript by chobby when ythe mission is launched. Some gadgets and widgets in ZK read particular values in the startscript to to make unmodified base ZK run as the mission.

The mission editor loads its files using an older version of Spring. To get the required version:

You now have a mission editor setup capable of making and editing missions that use the maps and games you have copied into the relevant folders. To edit existing missions you may require two additional steps:

The mission editor exports mutators, so missions can be uploaded the same way you would upload any other mod, see Mod Creation. If the mission must be run on a particular map, then you can bundle the map and mutator together with a Custom Mode.

You can make your mission available online by publishing it. It will be available for others to play once enabled by an administrator.

To do this, open the Mission menu and click Publish. Fill in the form displayed.

A mission must have a description and image to be published.

Uploading the mission will take a few seconds. If you want to update or delete it, select the Manage Missions item in the Mission menu.

If you have the error message "Value cannot be null. Parameter name: paths"