From Zero-K
Revision as of 15:33, 27 May 2019 by Oflameo (Talk | contribs) (Moved Chat and Drawing Closer to each other for easier viewing.)
(diff) ← Older revision | Latest revision (diff) | Newer revision → (diff)
Jump to: navigation, search

New to Zero-K? New to RTS games, even? This Newbie Guide will show you the ropes.

Basic Gameplay, Commands and Controls; This chapter will teach you everything you need to know to play the game.

First try to zoom out to get an overview of the map. Use your mouse wheel, or PageUp/PageDown to zoom out/in. You can also press Ctrl+Tab to toggle full-map view.

You can use the arrow keys, hold the middle mouse button, or move your mouse to the edge of the screen to scroll. Middle-click on the minimap in the upper left will centre on that location

Hint: Use zooming to scroll: zoom out, move cursor to the desired position, then zoom in

Pick one of the four Commanders and click anywhere in the green area to chose your starting location. Assuming it has not been chosen for you, normally, this is first phase of the game. The map will be divided into red tinted and green tinted areas. The green is your start box, the red is the enemies. This page has more detail about what your typical opening moves to a game would be.

Good starting locations are near metal spots, usually depicted as grey marks on the map. Pressing F4 will toggle metal view mode, which makes metal easier to see by circling them along with showing their output below the circle (Alternatively you can mouse over them to see their output value). Grey circles indicate they are unclaimed, teal/green ones indicate that you or your allies have claimed it, and red ones indicate that an enemy player has claimed it.

F4 will also highlight metal sources (such as rocks or wrecks)

Note that the game will only start when all players have placed down their commanders or when a certain amount of time has passed. You can try to speed this up by typing !force in all chat after pressing Enter to open a chat window.

To select construction units such as your commander, left click them. Holding down the left mouse button draws a rectangle that selects all units inside the area. Your commander can also be selected from anywhere on the map with the keyboard shortcut CTRL+C.

To add to/subtract from current selection, hold Ctrl + click on the unit. Holding Ctrl and dragging a rectangle will add multiple units to the selection.

First, start your economy by making a Metal Extractor - often referred to as a Mex.

With your commander selected, select the Econ tab at the bottom left of the screen or press X to access the economy build menu. The Metal Extractor is at the top left of the economy tab, left click to select it. Shortcut: Press X and then Q

Click the left mouse button to place the building on top of one of the metal spots, right next to where your commander should have spawned.

You can build any other buildings the same way as you built your metal extractor.

Select the Metal Extractor (X-Q) from the build menu again, and while holding the SHIFT key, place it over the two other metal spots. This will place these orders at the end of his order queue, meaning he will execute them in sequence. Giving an order without SHIFT held cancels the queue in favour of the new order.
To cancel a single order in the queue, hold shift and click on its location- in the case of a build order, you must have a building selected to do this.
You can also insert commands at arbitrary positions in the queue by holding down Space while issuing the order.

Hint: Selecting the Area Mex command and dragging a circle radius over an area will order the commander (or any constructor selected) to place mexes over all spots in the area.

Select the Solar Collector (Shortcut X-S) from the build menu, you'll also find it under the Econ tab. When placing it, hold down Shift again, left click and drag to place a line of buildings. Make at least 4. Solar Collectors produce +2 energy, the yellow resource bar in the top center.

Metal Extractors produce Metal, the blue-grey resource in the upper right of the screen. Solar collectors produce Energy, the yellow resource. You need both in equal amounts for construction.

Build the Cloakbot Factory (Shortcut B-Q). Factories produce new units. Your first factory is free and is teleported in, just like your commander. Starting with Cloakbots is a good choice for new players.

Select your factory. You usually want to make sure it is set to repeat, for constant production.

Left Click the repeat button, so that it turns green.

You can add units to your factories production queue by left-clicking the icon of the units you wish to build. The factory will then immediately start production. To remove a unit from the queue, simply right-click the unit's icon.

The repeat option will allow your factory to keep producing units indefinitely at your chosen ratio.
If you need a unit quickly, you can press Alt while clicking to order the factory to make individual (non-repeating) units as soon as possible, and then continue on with your repeat queue. The unit in production will finish building, and then the units added this way will be started.

A good start is to order your factory to produce one construction bot and around five raiders. (remember to put them on repeat)

Any constructor, including your commander, can assist your factory's production. To do this, select the constructor and right click on the factory.
This will give a 'guard' order, which makes the unit automatically help to build anything the factory is building. This is much cheaper than building additional factories, so if you want to produce faster, assist.

Additional factories are expensive to build. When you do make a second factory, it is good practice to choose a Factory other than the one you started with. Only make an extra factory when you feel like you need extra tech (or in a forward position to reduce transit time).

You can select multiple units of the same type on your screen by double-clicking one of them. You can also press CTRL-Z to select all units of all the unit types you currently have selected.

You can control-group units by pressing Ctrl+# (# being any number from 0 to 9). Pressing the number key will select that group of units.

You can order units to move by simply right-clicking at a location. Holding down the right mouse button when having multiple units selected draws a line or curve, which orders your units to spread out and proceed towards their position in the formation with equal spacing.

If you give an explicit order of "Attack Move" (A on keyboard) or "Move"(M on keyboard), you can also draw a line or curve for formation (without bringing up the build menu if the selection includes cons).

More generally you can select a command and draw a line anywhere on the battlefield using the left mouse button. Depending on your unit selection, one of the following will happen:

This works for the following commands:

* To use a custom formation Attack or Unload order, you have to hold down the Alt key while drawing a line.

If your units are in formation, they can be told to hold that formation by holding down the Ctrl key while giving a move order (right click). The entire formation will move at the speed of the slowest unit involved.

You can order units to attack a specific target by right clicking it. Note: Units will automatically fire at enemies in range, so may not fire at the target first.

Nearly all units can shoot while moving.

Hold down the SHIFT key while having units selected to take a look at their current command queue. While doing so you can also add new commands to your selected units, which will then process all commands one after the other.

The Attack Move order will make units stop to engage enemies they encounter (like Attack Move in other RTS games). Additionally, they will also attempt to dodge enemy projectiles and kite enemies automatically; see Unit AI for more information.

By selecting a command, then pressing and holding the left mouse button an area order can be given. Drag the mouse to define a cylindrical area within which the command applies.

This works for the following commands:

Note that there are various modifiers available for these commands. (For now) refer to this page for further information.

If you have a group of units selected, holding down CRTL and giving the order of "area Attack" (holding "F" on keyboard + dragging mouse) will have each of these units attack a particular target in the area selected, whereas if you select this group of units and "area Attack" only (without CTRL), all of these units will together attack one target after the other in the area selected.

If you have a group of units selected, holding down ALT and giving the order of "Attack" ("F" on keyboard) and drawing a line will spread targets along the line (useful for bombardments and laying down mines with Badger).

To do so, hold down Shift and give one or several units multiple orders. Holding down the Space key will allow you to insert an order at the start of the queue. If you hold down the Space key and the Shift key, the command will be positioned so your units will have to spend as little time traveling in total as possible. Note that this calculation ignores obstacles, it's nowhere near perfect.

You can use Insert or Delete to change which way your factory points.

You can set your factories to repeat unit production (see [unitstates Unit States]). Any units you queue will be at the end of the queue upon completion. Holding down the Alt key when queuing a unit will add this unit after the first one in the queue and, even when repeat is enabled, not repeat it. 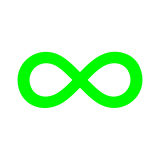 If repeat is currently on, alt insert will place the new unit after the one currently being built.

Chat messages can be sent to a certain receiver by pressing one of these key combinations:

Alternatively, prefixes can be used to set the receiver, this also allows private messages:

Hold down the key below Esc. Depending or your keyboard this could be a tilde(~) a circumflex(^) or something else. With this key held down, use your mouse to:

Most buttons have a shortcut (hotkey). It is either displayed right on top of the button or revealed when hovered over. To edit shortcuts, hold down Space and left click on the command menu. This will bring up a list of existing shortcuts.

Further manuals and guides can be found on the [Manual] page and in the forum's Strategy and tips section. Manual for Spring UI commands found here.

(For now) refer to http://springrts.com/wiki/Using_Orders#Building_Buildings

You have a choice of several factories, each with its own set of units. Of these, the Cloaky Bot Plant offers the best combination of flexibility and ease of use, and is recommended for new players.

It is strongly recommended that you take a look at the Unit Class guide to get an overview of what different unit types do. For information on specific units, consult the Unit Guide.