The interface elements can be moved, resized and tweaked with Ctrl + F11 or by the in-game menu via Settings/HUD Panels/Extras.

See the image below and the related text to understand the basic interface view. 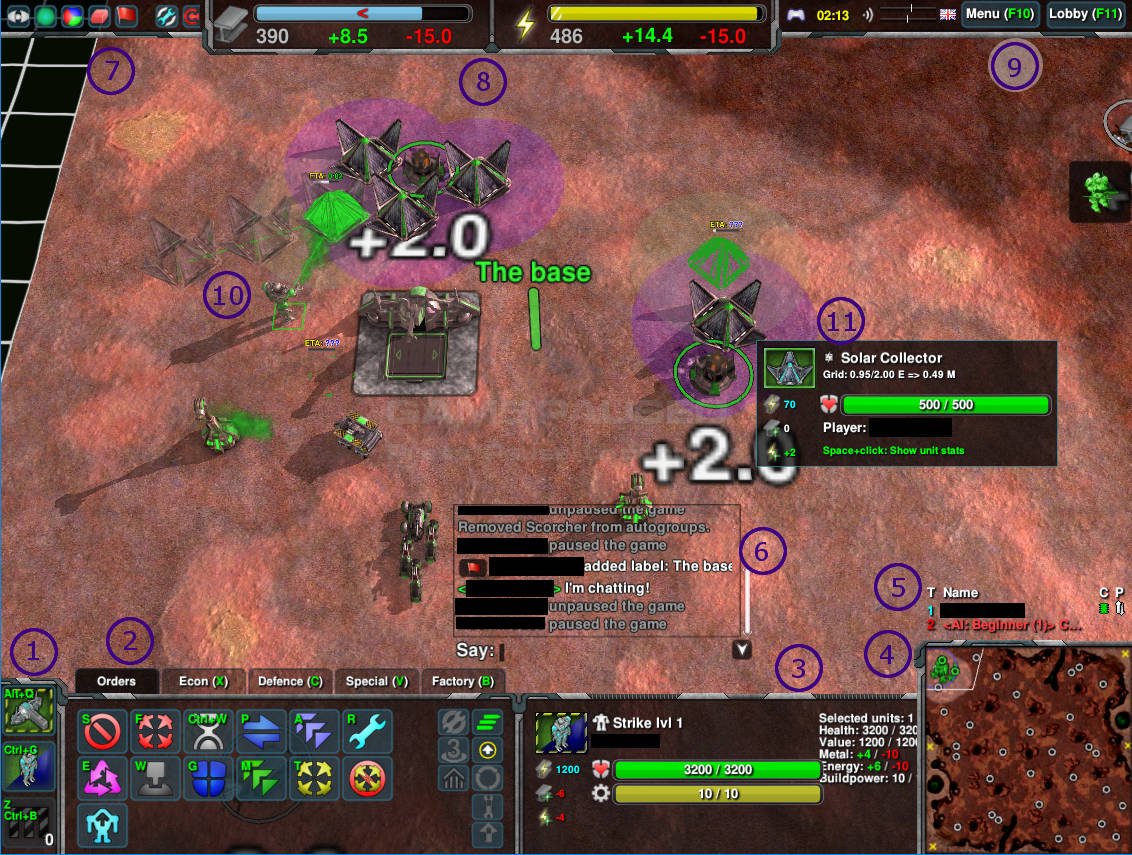 When playing a team game, you can donate to your allies Metal, Energy, and any units (and buildings) that are currently selected. By default, you also donate excess Metal and Energy to your team automatically. Hold Tab to display the sharing menu.

While in-game, click on the flag at the top right to select the language. 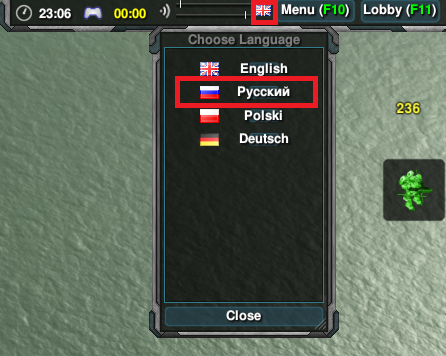