Robots are brave; sometimes a little too brave. Most of the time, it is better to restrain a foolhardy attack than to have to egg on units, but some games require a little more common sense from your minions.

The map options bar (in the top left of the screen by default) has a Set Retreat Zone button with the picture of a wrench in a circle. Click on it and then click on the map where you wish retreating units to go. A circle will mark the area. Multiple retreat zones can be set throughout the map and units will retreat to the nearest one. Once at a retreat zone they will wait until they are fully repaired, then return to whatever they were doing before. Retreat will do nothing if no zones are set.

Setting a retreat zone within an existing one will remove it. Holding Shift while setting retreat zones will let you set/remove multiple zones without having to click on the button each time. 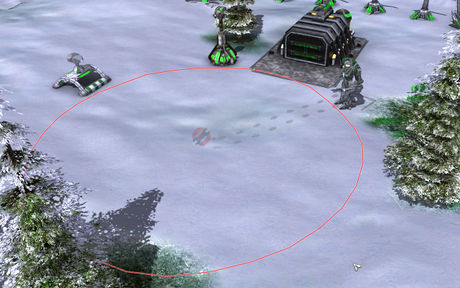 Units have a button that will set them to retreat from battle to a retreat zone at 30%, 65% or 99% health. Right-click on the button to cancel the retreat order. When damaged, retreating units will show a medic symbol. 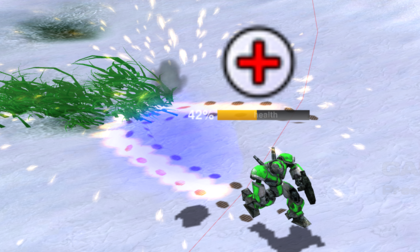